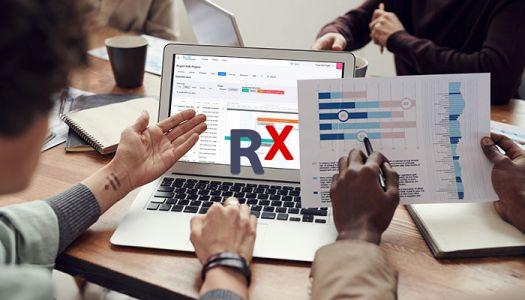 Redmine is one of the most popular open-source management tools that, thanks to its third-party plugins, brings enterprise management features such as Gantt chart or agile board at a reasonable price.

There have been pretty important milestones in the lifetime of Redmine, its plugins, and themes. To name a few: the origin of RedmineUP (formerly known as RedmineCRM) and a plethora of business plugins, the beginning of commercial Redmine themes triggered by Abacus Themes in 2014, or the Default Redmine theme becoming mobile-friendly.

I believe we are looking at another significant milestone in the lifetime of Redmine: the RedmineX Upgrade that brings not only modern UI features but an overall business upgrade of Redmine to the best open source project management tool.

By downloading and installing this plugin, you will open pandora's box of time-saving & productivity features. Let's see what we're looking at and what the highlights of this Redmine Upgrade are.

We paid close attention to the menus. There is the vertical and well-organized menu that is in the majority of the Redmine themes displayed as horizontal top menu. Then there is the project menu that doesn't have the horizontal scroll anymore. Now, you can easily access all plugins using a nice dropdown. And last, there is the very new menu that hasn't been in any Redmine plugin before: the new entity menu which enables you to add a new task, new time log, new project, or a new user from anywhere in Redmine. It is always there regardless of where you are and it even keeps the context of the project so when you're in a particular project, it gets automatically preselected.

Small Things That Make A Big Difference In Productivity

We added quite a few little helpers that will save you a lot of energy and time in the big picture. To name a few, there is an option on My page to see up to 50 issues, not only the default 10. Ever wanted to edit a task right from the issue list? Previously, you had to click the right mouse button or the "actions dropdown" to display the edit button. Now, the edit button is right in the issue list. Do you say it's nothing? Try being in the project manager's shoes and doing this 50 times a day. A true life-saver for any project manager.

Any company owner wants to brand the software they use. With Redmine and its themes, it hasn't been quite possible to add a company logo without a developer. Now, thanks to the RedmineX Upgrade, you just upload your company logo and you can have your Redmine branded in no time.

When Steve Jobs introduced the first iPhone in 2007, he pointed out the competition has these hardware keyboards whether you need them or not. The same story takes place in Redmine, particularly on the issue list and when creating/editing an issue. On the issue list, there are the filter&options collapsible fieldsets, but you don't filter all the time. Therefore, we decided to hide them and now you can display them just by clicking a button named Filters & Options. This way you will get to your issues much faster and you will only see the filters when you need them.

I also mentioned we added collapsible helpers when creating/editing an issue - this a very similar story. When creating or editing a task, there are tons of parameters and frankly, you don't need all of them all the time. Therefore, we took the most frequently used fields and emphasized them. The ones that are rarely used, are hidden under an "Additional options" accordion. On the other hand, what you always need to see are the Save & Cancel buttons so we made them sticky, and you don't have to scroll to save the task anymore.

In the previous screenshots, you may have noticed that priorities have color backgrounds so the user can better distinguish what is important and what is not. That's because we added definable priority colors to our Redmine update and now you can set a predefined color to any new priority in Enumerations. There are 13 colors to choose from so there's plenty of room for any workflow.

We added so many productivity features to Redmine that this article could go forever so let me wrap this up by introducing the last feature: the project data aggregator. It is what it sounds like. It's a project overview module that aggregates various data from the database. It shows:

You can see that in RedmineX we mean it and we've started our quest to make Redmine the best project management tool ever. Hope you liked this little teaser of our Redmine Upgrade plugin. Of course, we're not stopping there and we're already working on another plugin that will bring the resource management to another level.

How Does The Demo Work?

After submitting the form, you will be redirected to a page with login credentials.

One Demo For All

The demo site is available for all users and the database is being reset every full hour. You can do anything, but the data you enter will eventually be reset.

We Are Here For You

Michael is ready to help you with any request, set the demo for you so it suits your company or team.